Mobile Health Board Member Ian Tulloch, also known as ‘Inky’ has had a long career in local government, business, and the community. He was a member of Mataura Borough Council for six years and Mayor for six years until 1989. Inky was also Mayor of Gore District Council for six years until 1995, and the founding president of the United Future New Zealand political party. With his recent retirement from the Mobile Health Board, Inky leaves with the best wishes from the team and Board of Directors.

An accolade from Board Member, Stu Gowland:

“Inky was a founding shareholder of Mobile Health. It wasn’t long before we realised that he was someone with vast business experience. With specific knowledge of trucking, Inky quickly became a valued member of the Board. Despite his experience from multiple enterprises, Inky had a major interest in trucks and trucking. Much of this would have developed when he took over his father’s business -Tulloch Transport, where his time at the helm significantly grew the organisation.

Inky’s passion was racing cars and trucks. Somewhat mischievously in the early days, Chief Executive, Mark Eager, and I were innocently invited to the Ruapuna Raceway for a ‘gentle spin’ around the circuit as Inky’s front-seat passenger. The corner taking was outside our experience and while I started off quite well, I eventually started feeling quite nauseous. I knew that to wind the side window down for the obvious would admit failure and somehow, I managed to finish the run intact! I’m pretty sure I saw a flicker of a smile on the face of our mentor! 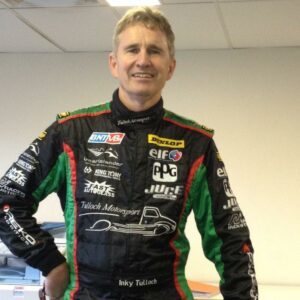 In March 2016, Inky was involved a high-speed crash in Invercargill that left him in a critical condition. I observed Inky in the early weeks in hospital after the unfortunate accident and we were all hopeful and optimistic that he would make a good recovery. Inky’s wife Annette was in charge and their four daughters took part in a shift system that meant one of them was always with their dad. Over time, Inky’s condition improved, and the Mobile Health team warmly welcomed his active return to the board. He has been an invaluable member and we wish Inky and the Tulloch family all the very best for their future endeavours.” 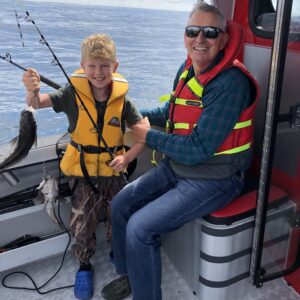